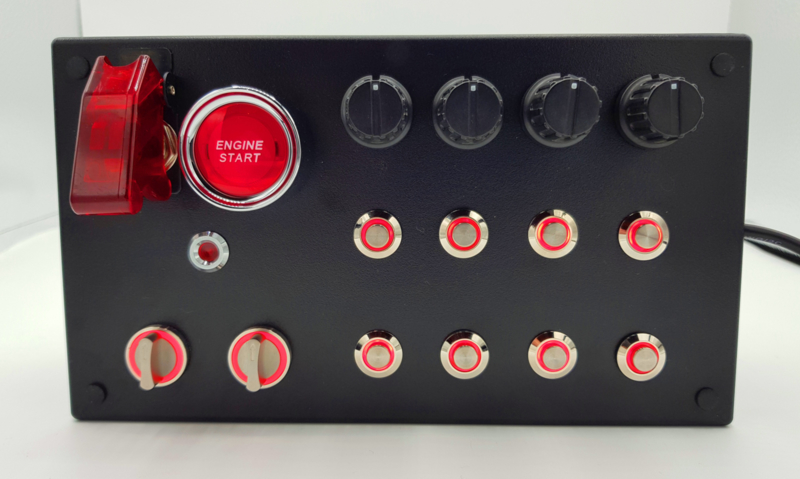 This box was made for PC or PS4 , please inform us  by email - [email protected] (or in the customer comment box on check out) which version you would like - if we do not receive a message we will assume it is for PC and it will be configured as such.

(Not to be used with PS3, Xbox or MAC machines)

excellent for those who need more buttons than the ones on your steering wheel or game pad whilst creating a more immersive gaming experience.

* Plug and play - no drivers required

Button box manufactured by us and tested for the PC version with Project Cars 2, Assetto Corsa, ETS2, Raceroom, F1 2019, iracing

( Not to be used with PS3, Xbox or MAC machines)